In 2013 in the UK an online research study asked 1,000 UK 11-15-year-olds about their online viewing habits. These were the results:

Think how your viewing habits compare to this study. Ask yourselves these questions:

How did other members of your class react to these questions?. This task is not designed to make you feel guilty. It is for you to be honest about how you behave online and to reflect on why you do what you do.

Look at the two case studies below of people who have become involved in making available or obtaining digital content online without permission.

The first is a news report about a case in Britain where a young man illegally streamed Premier League football from a website at his home. 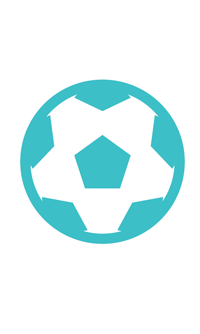 A man who streamed live football matches through his computer and charged thousands of people to watch it avoided a prison sentence today. Gary G… was only 16 when he started illegally streaming Premier League matches to a website he set up, and undercutting prices charged by official broadcaster, Sky. He used a huge satellite dish, seven computers and nine satellite decoders to run the ‘freelivefooty’ website from his home in Lower Earley, near Reading.

Judge Reddihough told Gary: ‘Companies in this country, such as the broadcasters in this, and the Premier League, are entitled to their copyright and entitled not to have other people using it illegally, as you did. The trouble is that ultimately in cases like this it will be the consumer that ends up paying because if there are less people using it then the prices have to go up.’

At the end of a six-day trial Gary was convicted of communicating a copyrighted work to the public in the course of a business.

He passed a six-month jail term, suspended for two years, and ordered him to carry out 200 hours of unpaid work and pay £1,750 towards the prosecution costs.”
Source: Daily Mail – 25th January 2013

This is the opening passage from an article in The Sunday Times:

A couple of years ago, someone wrote on a student website: “Hey relevant organisations reading this. I download shedloads of illegal music and movies. Please trace my IP address and arrest me.”

Provocative it may have been, but the writer knew nothing would happen. And while it may have been only one person, make no mistake: these are the words of a brazen, law-breaking generation. The idea of paying for the arts is utterly alien to many of them. It’s become so common, even people who work in the arts world themselves do it, undermining their own financial future. It’s so shrugged at these days that when episodes of the new Game of Thrones were leaked online, commenters on one newspaper website were openly telling each other where they could find them…

Internet Service Providers (ISPs) in some parts of the world have agreed to send warning letters to customers who are found to be using illegal file sharing sites. Read through the following arguments against monitoring illegal downloads, and consider whether you think a valid point is being made in each case. Explain your reasons.

Users should have free choice about which sites they use. If they want to use legal or illegal sites, that is their choice – not the choice of the state or the ISP.

These proposals treat internet users as criminals – is this really how ISPs see their customers?

It is a human right to give and receive information freely, and that is more important than copyright.

Using the Internet, research some case studies in your country or elsewhere in which people have been in trouble for illegally sharing digital content. Can you find any examples of ‘deterrent’ sentences as in the case of Gary G… ? What are the ethical issues involved in such deterrent sentences? What are the ethical issues involved in illegal downloads and streaming? Write a short report summarizing your findings.