Copies and copyright: where do you stand?

What does it mean to be original?

Is this the same as being creative?

Below are some words which are SYNONYMS for either the word creative or the word original. Can you work out which goes with which? Sort them out into the two columns.

Were there some words that could have been synonyms for both creativity and originality?

Can you think of any jobs where originality or creativity is really important? 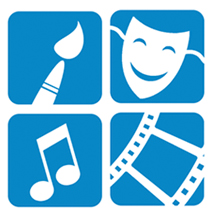 These kinds of jobs require creative thought as well as a passion for the work. To be successful requires lots of hard work, good ideas and a bit of luck: it can be very difficult for people starting out in these creative industries.

Those who are successful in these industries could enjoy healthy profits as well as popularity with the public. For example, some designer brands become so popular that they are ‘must-haves’: you wouldn’t be seen in anything else, especially not a ‘fake’ version.

However, some people make the decision to skip the creative part and make money by copying other people’s work.  For example, fakes of designer brands and pirated DVDs are often sold on the street, at markets and through online web sites.

So what’s the difference? If a fake looks similar, but comes at a fraction of the price, why shouldn’t you buy it?

The craftsmanship that goes into a designer good is lost when it’s copied again using cheap materials. Pirate DVDs may have poor sound or visuals.

Answer the following questions based on what you have read, heard, seen and discussed this lesson.

Write your own definitions for the following words:

When do you think originality and creativity might be important?

Fakes and the real thing

Answer the following questions based on what you have read, heard, seen and discussed this lesson.

Where might you come across ‘fake’ versions of products?

What differences might there be between fakes and the real things?

What problems might be associated with making, selling and buying ‘fake’ goods?